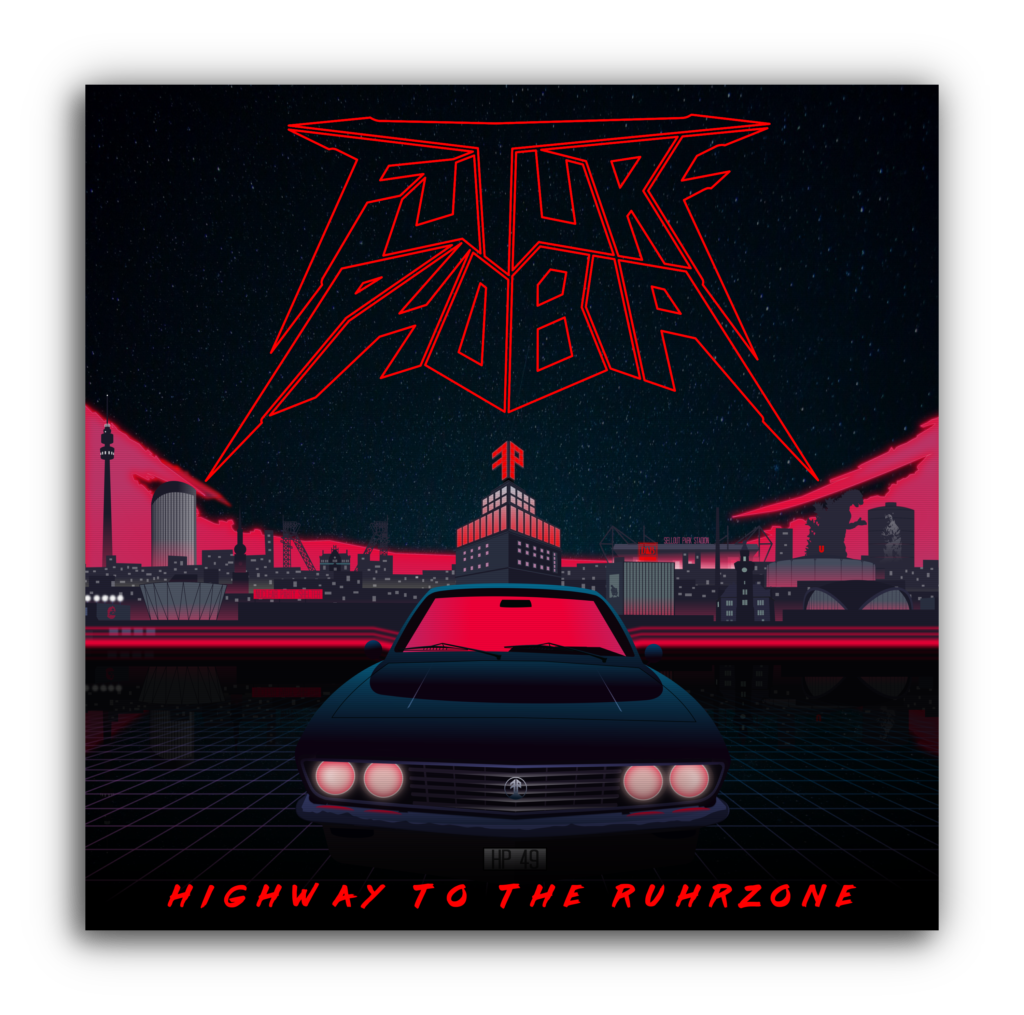 In the north of Dortmund, the coal mines have been closed for a long time. Cancelation of apprenticeship, unemployment, drugs, and alcohol are a part of the youth’s dreary everyday life. In a shutdown bunker, the kids from the neighborhood meet each other. Here, they can play their “Thrash-Music” without being disturbed. “Thrash” is a mixture of Heavy Metal, Rock, and Punk. Their hard aggressive music is the rebellious expression of their dissatisfaction.

Max, Simon, Daniel, and Julian. They come from Dortmund and its environs. This is where they grew up. Together in the same neighborhood. Their fathers used to work in underground coal mines. They call themselves “Futurephobia”…

After Daniel, Julian and Max founded Futurephobia in December 2017, Simon joined the band in April 2018. On 20th of September we released the Demo-Tape “Nuclear Party Shelter” and are now, after playing some shows and working on new material, making our next step by releasing our EP “Highway To The Ruhrzone”. Mixed and mastered by Andy Classen from Stage-One-Studio the EP has the sound of a modern production while keeping the character of Thrash-Metal from the “Ruhrpott”. The Artwork for the EP was created by our Bassist Julian himself. We are both musical and appearance wise a good mix-up of 80s German Thrash-Metal, satirical references to the metal-scene and pop culture, filled up with a lot of beer. The EP gives an first impression of what is about to come next year, as we are planning to release our first full Album in 2020.

Album: Highway To The Ruhrzone (EP)